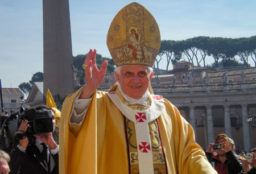 Who is Mike Pompeo? Top diplomat credits faith for unique perspective he brings to challenges of job