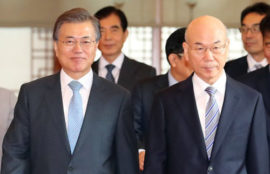 ‘He has an aura’, but does Beto O’Rourke have any policy positions?