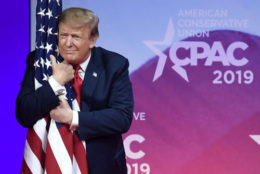 The seal deal for Jeffrey Epstein and friends: Media may be barred from hearing