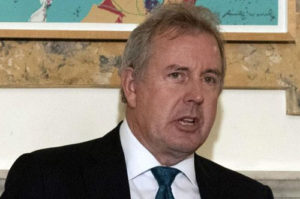 Question: Did U.S. and British intelligence collude with Clinton against Donald Trump?