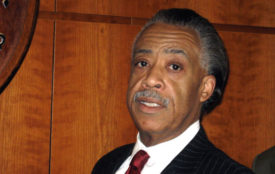 Will skeptics of Russian collusion plot win a Pulitzer? Take a look at the judges