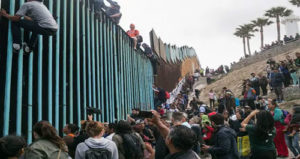 Pencil Pushers and Clowns: Will America’s winners bow to these losers?