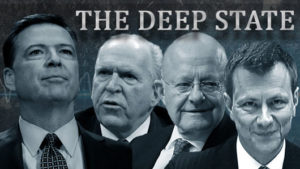 Special to WorldTribune.com Jeffrey T. Kuhner President Trump has just won re-election. This is the real meaning of the Mueller Report. For nearly two years, Trump’s critics predicted his downfall. Mueller, they said, would prove — once and for all — that the president is a traitor, a secret agent of the Kremlin who colluded […]
Tags
'Silent coup' has been exposed and its perpetrators must be brought to justice COMMENTARY freebeacon FreePressFoundation.org Jeff Kuhner Jeffrey Kuhner U.S. Politics Washington WorldTribune.com
Show More
Share
Facebook Twitter Google+ LinkedIn StumbleUpon Tumblr Pinterest Reddit VKontakte Odnoklassniki Pocket Share via Email Print

Trump to Moscow: ‘Get out’ of Venezuela

‘Lock them up’: Trump warns ‘they’ve now got big problems’

The Under-Sung Story of Deregulation in COVID Relief