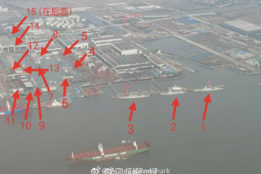 Poof: AOC and her chief of staff vanish from the board of Justice Democrats

Neutrons over nutrition: Half of North Koreans need humanitarian aid