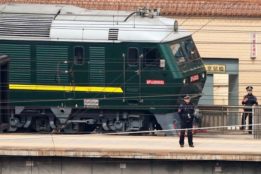 AOC worked 138 feet from No. 7 line but spent large on Uber, airlines