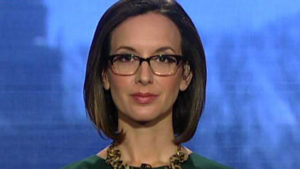 Lara Logan names names: ‘They’re going to come after after me’