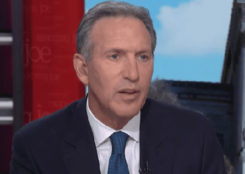 Republicans urged to show up, speak out in minority communities