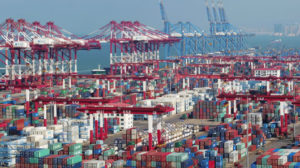 Out of control: U.S. media under pressure after major errors with inflammatory impact

Making up the news: Retired TV cameraman tells how it’s done in the former USSR